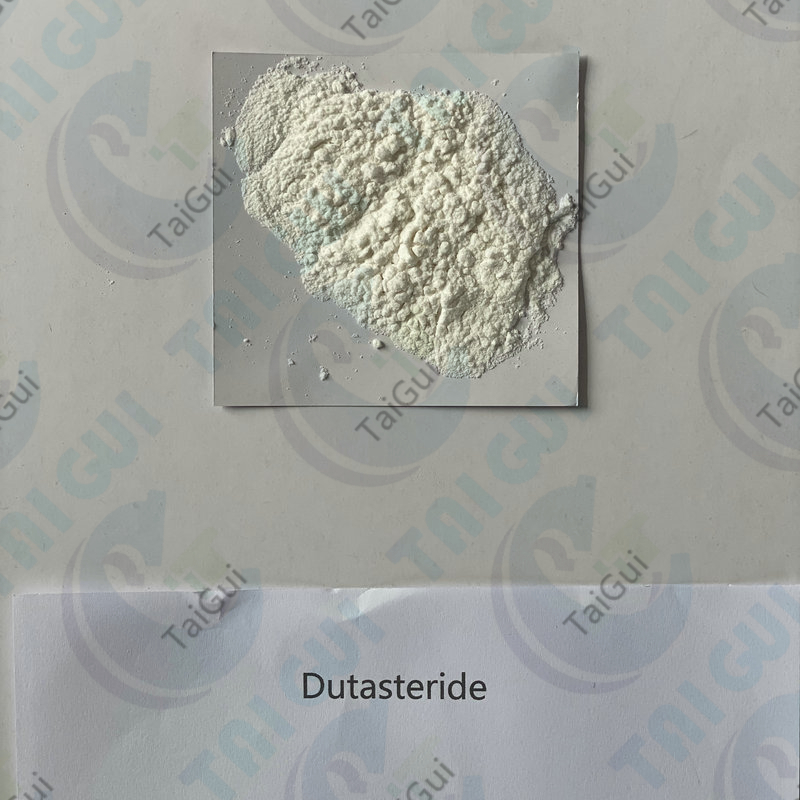 
Send email to us

Dutasteride is a 5-alpha-reductase inhibitor, meaning it blocks the action of the 5a-reducatse enzymes, that are responsible for 5a-reducing (converting) testosterone into dihydrotestosterone (DHT) by the addition of a double hydrogen bond.

Dutasteride, at 2.5mgs/day is roughly 1.5x more effective than Finasteride at 5mgs/day, at treating hair loss (both halting it as well as regrowing it). In addition, Dutasteride can be used successfully at that same dose to treat prostate enlargement, and a lesser known effect of Dutasteride (again, at that same dose) use is to treat Acne caused by an overabundance of androgens in the body.

For the steroid using athlete suffering from DHT-related side effects, Dutasteride may be the answer. Hairloss, Acne, and prostate growth can all (potentially) be completely halted with the use of this product. Unfortunately, DHT is not all bad, and you potentially lose some muscle hardness (an amorphous quality if ever there is one), and even some of the other qualities we like from our androgen use.

Also…since this only prevents the 5a-reduction of the androgens subject to that conversion into a dihydro form of them…it will likely do nothing to stop hairloss or other symptoms caused entirely by the use of the androgens in the DHT family.

Dutasteride, along with Finasteride is a 5-alpha-Reductase inhibitor which are a group of drugs with anti-androgenic properties which inhibit the conversion of testosterone into dihydrotestosterone (DHT). This is the same chemical found in Proscar and Propecia and is used in the treatment hyperplasia and androgenic alopecia. Because these drugs reduce levels of dihydrotestosterone (DHT) they are used to prevent and treat hairloss. It is most commonly used to treat enlarged prostate glands.

Write your message here and send it to us